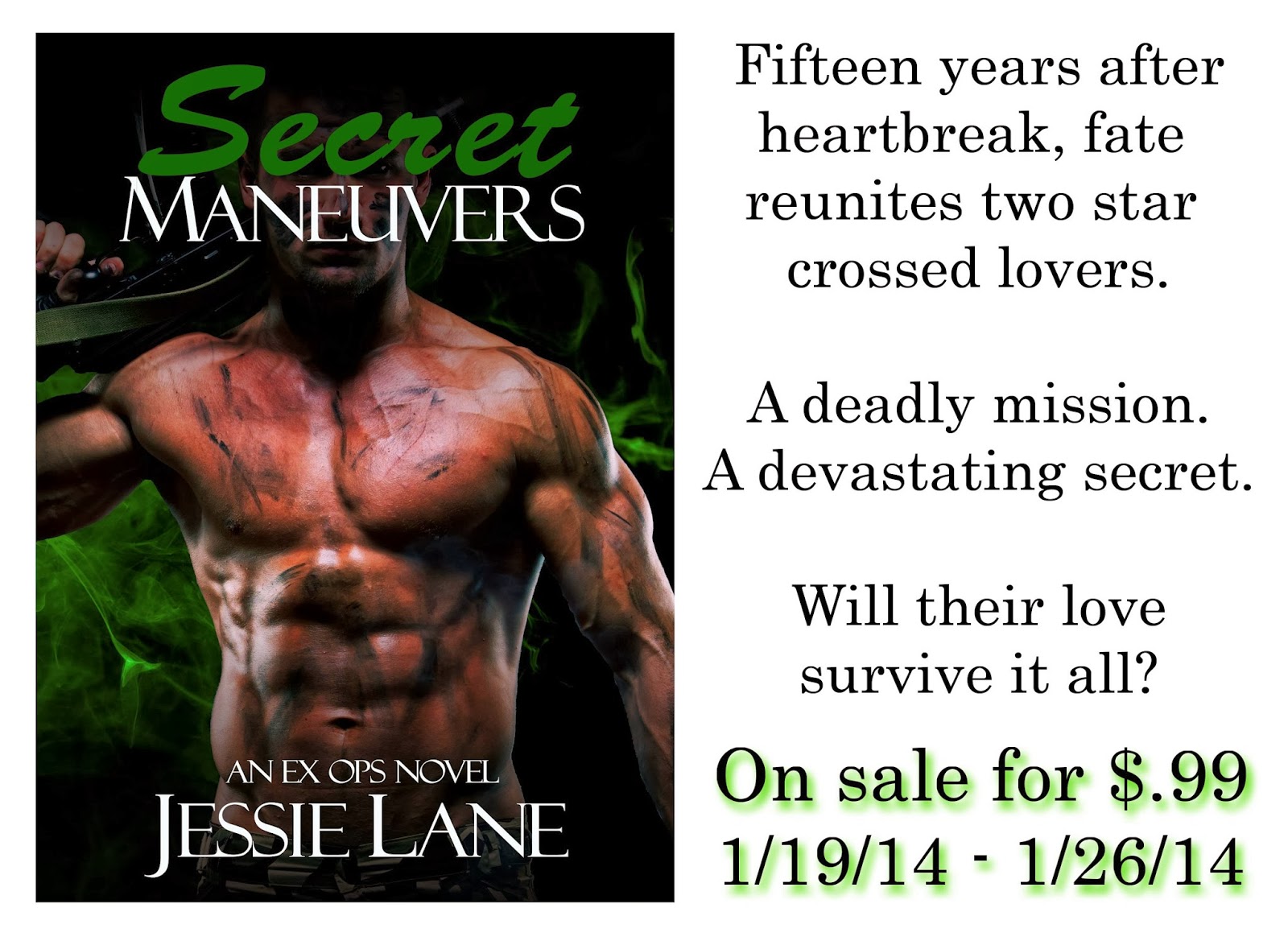 Book Blurb:
Some mistakes from the past haunt us forever… unless fate steps in with a second chance.
One ‘Dear John’ letter haunted Bobby Baker’s every living moment. It was the letter he’d stupidly written to his high school sweetheart, Belle, right after he had left to join the Army. The letter in which he’d told her that he wasn’t so sure they were ready for forever yet. Before he could let her know that the letter, and his second thoughts, were nothing more than a mistake, she disappeared from the small Georgia town they had both been raised in.
Fifteen years after the letter, Belle unknowingly walked back into Bobby’s life when her job as an ATF Agent forced her to work with a group of men secretly headed by the CIA to help her track down whoever was involved in funneling black market weapons to a drug cartel in Mexico.
Bobby planned to use this mission to try to soothe Belle’s hurt feelings while proving to her that their love was meant to be forever. He would use every dirty trick he’d learned since he had joined the Army to maneuver her back into his life for the long haul. Belle was not making it easy, though, as she continued to keep him at arm’s length in the hopes that mistakes of her own would never come to light

Belle headed out of the room first to disappear in the parking lot while the guys proceeded to file out a few minutes later. Being at the back of the group I missed what made the guys catcall and laugh until I came into full view of Belle leaned up against a black jacked up Ford F350 decked out with a ram air hood, brush guard, monster-sized tires and a banner on the top of the windshield that read ‘G.R.I.T.S.’.
Lucas’s slightly New York accented voice sounded confused as he asked, “G.R.I.T.S.? Isn’t that like a food or something?”
Logan clapped him on the shoulder as barks of laughter echoed in the parking lot. “Naw, buddy. That stands for ‘Girls Raised In The South’. You could say that Agent Roberts is showing off her southern pride a bit, that’s all. It’s a damn good thing to be proud of, too.”
Belle climbed up into the cab of the truck. Still hanging out of the door a bit she yelled, “Come on Sullivan brothers. We’re gonna have some fun before we head to the bar!”
Declan and Riley Sullivan looked wary. “What kind of fun exactly?”
“Muddin’ and Jason Aldean. Let’s go, baby!” The heavy rumble of her engine came to life as ‘She’s Country’ blasted out of its open windows.
The Sullivan brothers looked at each other nervously. Riley spoke in a low voice to Declan, “You think she’s alright upstairs or should I be worried?” Declan clapped his brother on the back before hopping up into the passenger side of the truck.
I was insanely jealous as the truck tore out of the parking lot to head down the highway while the rest of us piled into our respective vehicles to leave. It almost felt as if she was trying to rub my nose in one of our best memories. When you lived in a small southern town, out in the middle of nowhere, muddin’ with your buddies, your girl, and pilfered beer where you could cut loose and be free was one of the few options for entertainment. There went my buddies. There went my girl. Here I still stood, looking like a jackass.
Jaxon watched the retreating vehicle with a mix of amusement and trepidation. Turning to Sheriff Jenkins he asked, “Should I be worried about any of that?” His finger pointing in the direction of where Belle’s truck had already disappeared.
The Sheriff’s easy smile didn’t seem to convince Jaxon. “Not at all, Commander Wall. Annabelle is harmless. Swear.”
I snorted. “Tell that to the guy she knocked unconscious her senior year. He was twice her size.”
Sheriff Jenkins’s eyebrows shot to his hairline as he turned to face me in the back seat. “You knew Annabelle in high school?”
My mouth kicked up in a half smile. “Yeah, you could say that. We grew up in the same small town. Belle and I were as close as you could get until I left for the Army just after graduation.”
The Sheriff’s eyebrows pulled down into an intense expression as something flashed over his face before he could cover it up. He quickly turned around to start the car. “I’m just going to turn on the radio. Hope you don’t mind.”


The radio kicked on and a local country station came on. All conversation in the car stopped.

The last look the Sheriff had made bothered me. There was something there that made my

instincts flare up. The Sheriff knew something. What in the hell could that possibly be?