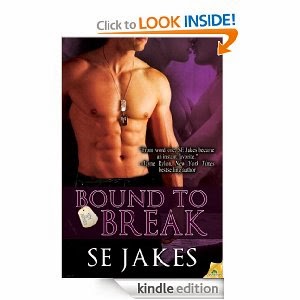 
Several years after washing up on a beach in South Africa with absolutely no memory- not even his name-Lucky would rather not remember his past. Based on the number of scars on his body, it couldn't have been anything good.


Then a man claiming to be his former Navy SEAL teammate walks into the bar and insists that Lucky' s real name is Josiah Joshua Kent. Turns out he's been listed as KIA, and since he's not dead, he's now considered a deserter.


Discovering Josh is alive throws Rex, and his relationship with Sawyer , into a tailspin. Rex can finally lay to rest the nightmares of the night he couldn't save his teammate. And Sawyer is faced with his worst nightmare-a relationship threatened by a very real ghost from the past.


As Josh begins to piece his memories back together, another man with a shadowy connection to his past -and maybe his heart- holds the key that could free him. Or send him to a trailor's fate


First I should say that I have loved this entire series and was so excited for this book. I was not disappointed in a way either. This is book 6 in the Men of Honor Series by SE JAKES.  You should know that you don't have to read every book in order to read this fabulous adventure. I would tell you if you read this and fall in love with it like I did to read the others because they are just great to. I have always been a fan of books with military men but Navy SEALS are just FREAKING hot!!! I mean seriously who doesn't like the thought of cuddling with a man who has all those skills!!


This is the story of a SEAL who has lost his memory after being captured and tortured. Lucky is grateful for the family he has gained after he can't remember a thing about himself before he washed up on the beach in South Africa. Then in the blink of an an eye his new life collides with his past as a former teammate tells him he is suppose to have been dead. Not only does he have to deal with this news but he has to deal with meeting the son of his adopted family. Instantly Dash is suspicious but something is just pulling him to Lucky. The attraction is instant and intense between these two. I'm talking about it is so hot and steamy, just jaw-dropping for me. We soon find out that maybe Dash just slept with Lucky for his job..CIA.. I was so mad at just this little thought cause these two men were raw and explosive together. Lucky learns that his entire team, including his lover, Rex all thought he was dead and now he just may be a terrorist. When he goes back to the Navy he is held like a prisoner and does everything to try and get his memories but he has no luck. Dash has followed him because he may not understand it but he feels connected to him. Meanwhile,  Rex is trying to convince himself and his new boyfriend, Sawyer that Josh' s return won't change their relationship. What is does is force them to realize they don't know much about each other and they need to resolve that to continue to grow together.


I just loved this story. It was intense, passionate and very entertaining. I could not put this down. I loved how Dash has this gentleness beneath all that trained hardness. Lucky is such a fighter and his passion to free himself was so incredible. Seeing Rex and Sawyer's love grow to new heights was so sweet. I love how this story just reels you in and u don't want to put it down. Just ask my family who had to wait on dinner...!! Go get this one you will love it!

SE Jakes writes m/m romance. She believes in happy endings and fighting for what you want in both fiction and real life. She lives in New York with her family and most days, she can be found happily writing (in bed). No really...
You can contact her the following ways:
You can email her at authorsejakes@gmail.com
You can post to her Facebook page: Facebook.com/SEJakes
You can tweet her: Twitter.com/authorsejakes
You can post on her Goodreads Group: Ask SE Jakes
You can follow her Tumblr page: sejakes.tumblr.com
Truth be told, the best way to contact her is by email. She spends most of her time writing but she loves to hear from readers!
Posted by Unknown at 2:00 AM