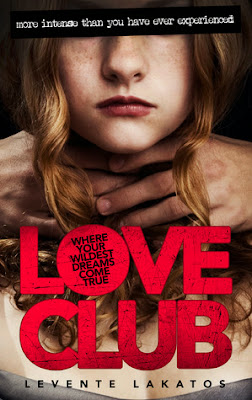 Exploring the dark side of social media and the human psyche, LoveClub takes the reader on a twisted journey into the mind of a sexual predator, and the dark world of LoveClub. The streets of Hungary are being hunted...

When a string of gruesome suicides are suggested to be the work of a serial killer, Lili, a young and aspiring journalist, wants to expose the details of the case to the public after one of her friends turns up a victim. The Budapest Police Department bring on renowned criminal psychologist David Lengyel to aid their investigation, but some are wary of his presence when they learn of his past.

All of them, however, are thrust into a world of sex, drugs, and death.

They enter the digital world of LoveClub.

I got asked to read this book for an honest review so here it goes:

I was given the blurb for this book and asked if I would read it and review it by a friend. I got through the first couple of sentences and emailed her back and told her I didn't need to read anymore, send me the book! The blurb draws you in even before you finish it and I was excited to read.

The prologue of this book was captivating and pulled me in as a reader. I was instantly hooked.

The book takes place in Hungary and is mostly written from a psychopath's POV. What he went through as a child and want he's still going through and how he takes advantage of social media.

The bad guy's POV is disturbing, grotesque and down right insane but let me tell you, as a reader? I loved it! It's hard to read. It's dark, sick but draws you in. His parts are written in first person and I enjoyed that because I find that it helps you get deeper into his head. Although his parts were difficult to get through, I found myself pulled in by him and I'm assuming that that is the point.

I for one, like dark reads. Books that tug at your mind and heart. Books that grip your soul and make you question whether it's right or not to fall in love with a character you know you should hate but really can't. That's this book. The bad guy was disturbingly beautiful.

Now this book won't be for most people. It's definitely not for the faint of heart but if you love a raw, nitty gritty read, read this book! But be warned, it will take your breath away. It'll make you question why you're drawn to the bad guy.

Throughout this whole book, I found myself reading the other character's parts really quickly just so I could get to the bad guy's POV.

Great job Levente and I can't wait to read the next installment! Here's hoping it's published in English soon!! 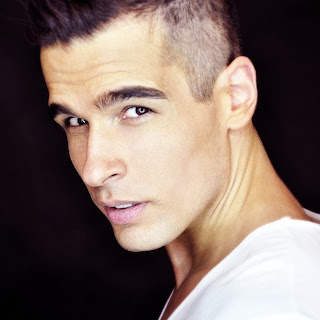 Fulfill yourself! This could easily be the popular Hungarian writer, Levente Lakatos’s life motto. The twenty-seven-year-old author has been mesmerized by the magic of books and the literary world since his childhood but it wasn’t until his adult years that he finally put pen to paper and wrote his first novel. He spent his years studying to be an actor, working as a journalist and later becoming known as a television presenter before he fell in love with the art of storytelling. He self-published his first novel five years ago and it turned out to be the start of a whole new era in his life. After seeing Levente’s success and readers’ reactions, he was offered a contract with Ulpius-ház, Hungary’s largest publishing house. Over the past couple of years Levente has become one of Hungary’s youngest and most successful writers, whose book signings attract large audiences and have always been popular with local readers. His Facebook page boasts more than twenty thousand fans and he has nearly five thousand Twitter followers.

Apart from being a perfectionist and actively interacting with his fans, Levente keeps a close watch on the book production process from the very early stages right until his books hit the shelves. Whether it’s the cover design, marketing campaign or media relations, he is always present, which might be the reason why he managed to achieve such popularity. He’s been referred to as the Hungarian Bret Easton Ellis; his style has been compared to that of Quentin Tarantino and critics found his latest erotic thriller more exciting than Fifty Shades of Grey. Levente is now ready to take global audiences by storm and introduce you to the New Adult thriller genre.