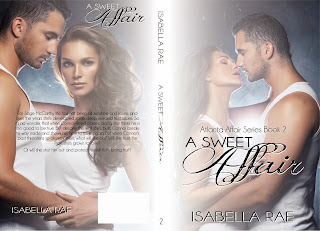 
For Sage McCarthy, life has not been all sunshine and roses, and over the years she's developed some deep seeded trust issues. So it's no wonder that when Connor Reed comes along, she thinks he is too good to be true. But despite the wall she's built, Connor breaks his way inside and shows her how to love again. But when Connor's past threatens to destroy them, what will she do? Will she trust the man she's grown to love? Or will she shut him out and protect herself from being hurt?


Release date has not been set yet.


Isabella Rae has been writing for over 10 years but never published because she was discouraged by the publishing process. Recently a friend of hers released a book through self-publishing and inspired Isabella to release her first book. When Isabella is not writing she is busy being a single mom to 2 beautiful girls. Isabella was born in Peachtree City, Georgia, a suburb south of Atlanta, where she still resides. Her love of reading inspired her to move into writing. She uses personal experiences with baking and life in general to inspire her work. As a unique touch to each of the books in her first series, she has chosen to include personal recipes to give it a personal touch.
Isabella is active on social media sites Facebook, Twitter, Goodreads and Pinterest.
Posted by Unknown at 12:00 AM