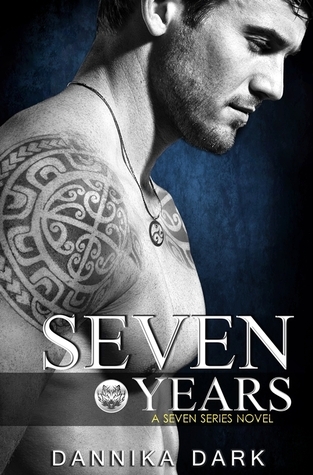 It's been seven years since Lexi Knight lost her brother in a tragic accident. On the anniversary of his death, her brother's best friend shows up unexpectedly - a man she hasn't seen since the funeral. He is no longer the boy Lexi once knew, but a dangerous-looking man with tattoos and dark secrets. He broke her trust and abandoned her family, yet what he reveals makes it impossible to stay angry. Lexi has been secretly infatuated with Austin since childhood, so finding out he's a Shifter just makes him sexier. Dammit.

Austin Cole has returned to the city where he grew up, and just in time. He's lived a hard life these past seven years, and the shadows of his past are threatening to destroy Lexi's family. It's time that she learned the truth about her brother, but there is a shocking twist that Austin never saw coming. Now he must protect her family when her mother and sister wind up in mortal danger. Will Lexi learn to accept the truth about who he is, and can Austin salvage a relationship from the ruins of their past?

Seven Years is a light paranormal romance
Cliffhanger-free
Mature content 17+
What if Shifters really did exist, and lived in secret?

The closer I snuggled up to Austin, the more I craved that cozy familiarity—more than I would have cared to admit. I’d missed him. How do you not miss someone who was a huge chunk of your childhood and young-adult life who disappeared off the face of the earth? Almost every memory I had from kindergarten to age twenty involved Austin Cole.
The next thing I knew, my cheek rested on his bicep and I tucked my body against his like a puzzle piece. Just when I closed my heavy eyelids, he groaned.
Oh God, please don’t let him wake up now.
It was deep and guttural, and he shifted on his right side, facing me.
“You okay?” he murmured.
I didn’t reply. I played dead and pretended I was asleep. It seemed like a good plan to avoid the embarrassment of explaining why I was latched on to him like a man-sucking leech.
A rough, warm hand cupped my cheek and I felt him scoot down a little. Maybe he thought I had fallen asleep, because his thumb brushed over my right eyelid softly.
Five times. I counted.
When his lips lightly touched mine, my brain just shut down. It was a soft, almost nonexistent kiss, but I felt it all the way down to my toes. Then it zinged back up to my hips and damn if I didn’t moan.
Now we were both aware I wasn’t asleep and he was kissing me. But it didn’t stop. His kiss pressed a little bit harder and tingles roared through my body, and my breath was shaky and erratic.
When his tongue touched my lip, I quickly opened my mouth and kissed him back.
Hard.
Deep.
Kissed him like I’d fantasized about doing for the last seven years.

*Breath in and out*  OMG This book totally rocked my socks off......I got a cool looking bookmark at the Indie Romance Convention.  I checked it out and thought "Hey sounds cool."  I contacted the author for a review copy and was pretty excited when she agreed.  Now, i must admit, I didnt really pay close attention apparently because when Austin said he was a shifter, I jumped out of my seat.  I LOOOOVE Shifter stories.  I was so blown away away with the whole :falling in love with your brothers best friend" story line........

Ok ready to hear why I gave this awesome book 5 stars.......hhhhheeeeeerrrreeee we go....
1. Austin Cole is delicious.  Sorry but that is worth a star in my opinion.....
2. The chemistry between Lexi and Austin is AMAZEBALLS!!!  I mean WOW!!!  I was climbing the sofa and dying for the two of them to freaking KISSSSSSS let alone do anything else for crying out loud.
3. The plot twists.  There are so many but it never felt like over kill.  Each plot twist totally added to the amazing story.  I mean WOW...the mage, the daddy issue, the other alpha males in the area, Lexi's neighbor, Lexi's little sister, Lexi's brother Wes (sniff)....I mean I could soooooo go on but I wont because I dont want to ruin anything.
4.The writing was on point.  I mean it was reading and flying through the pages because everything was understandable and written so well.  I was stunned at how fast I read this story. I couldnt put it down at ALL!!  I was mad when the family wanted to be fed this weekend.  I was like "Hello warm up a burrito or something.  Lexi nnnneeeedddds me!!"
5. The fact that this booksl eaves it wide open for many many many more books.  I have to admit i will be buying or requesting the next books because I am blown away by this author.  I haven't read her other books but i guarantee you i will be righting that very very soon!!!


This is the first in the series and is one I will continue to read.  This is a great story that had me on the edge of my seat the entire time.  About the time I thought I figured out where the story was headed BOOM something was revealed or a twist was thrown in there that I never saw coming.  I love books were the female is not the weak helpless type and this did not disappoint.

Alexia’s world fell apart when her brother died in a tragic motorcycle accident, his best friend, Austin, who was more like a second son to the family left town, and not long after her baby sister, Maizy, was born her father left the three of them.  She lost all the men in her life but she brushed herself off and moved on.  Then Seven years after her brother’s death Austin showed back up in town which sent Lexi’s life on a whole new path with twist and turns.

Austin is a shifter who is starting his own pack and feels the need to include Lexi and her family in his pack, as they have always been a part of his family.   I love the way Austin’s brothers accept Alexia, her sister and her mother into their family and protect them like they are their sisters and Mom.  I loved watching the protective bond Denver has with Maizy.  The tension you feel between Lexi and Austin throughout the entire book is amazing.  The birthday gift he gets for Lexi I was letting out all kinds of sighs.  It was so sweet and shows how well he knows her.  With all the twists, turns and “roadblocks” that occurs to Lexi and Austin and they travel down this road you just never know what is going to happen next or if they will be able to be together or not.  I didn’t know what was going to happen until the last 90% of the book.  I will say it is not a cliff hanger you will know how things end at the end but there are things left open for the series to continue.

Here are some of my favorites from the book:

“Never take a ring form a boy unless he’s your prince.” ~Lexi

“I felt a connection with him that time never erases with someone you know, like when you hear a song on the radio and all those old feelings of a special time in your life come flooding back. That was Austin---he was my song.” ~Lexi

“In fact, I remember the exact moment I fell in love with you. I was June seventeenth, the summer before your senior year in high school.” ~Austin

This was a great read and I enjoyed every minute of it.  I will most defiantly be reading more books from Dannika Dark.  I really want to find out more about this pack.  I’m waiting patiently for the next book.

Follow me on Facebook
Dannika Dark was born on a military base in the U.S. and traveled the world before she was 9. Now she is rooted in the south but her head is planted firmly in the clouds. When she is not writing, she enjoys a great sci-fi or fantasy movie, heaps of chocolate, reading, and unleashing her dark side.

The MAGERI SERIES is an urban fantasy series which follows the journey of Zoe Merrick's claim to immortality and her own identity. While this new world of Breed holds more dangers, it also holds more possibilities.

The SEVEN SERIES is a paranormal romance that will consist of seven books.