Now and Then - Brenda Rothert 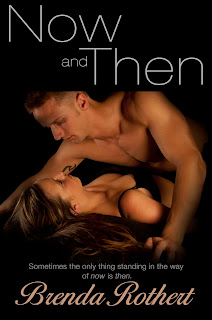 Now and Then
Now Emmaline Carson has settled into her career as a graphic designer, though she’d rather be painting or shopping with her sister Layla. But then – in the years before she went to art school in Paris – she was a shy, awkward teenager with frizzy hair, a flat chest and a massive crush on the boy across the street, Cole Marlowe. Too bad her incredibly hot neighbor only had eyes for Layla.
Cole is now a confident, laid-back attorney who’s even hotter than he used to be. He’s planning to stay single while working his way up the corporate ladder – until he’s knocked off course by a chance run-in with Emma.
Everything is different between Cole and Emma now. He finally sees her in a way she only dreamed of, and their hot chemistry is fueled by a growing friendship. But Emma’s deception of her sister – who wants Cole for herself – and the secret Cole’s been keeping for more than a decade threaten to tear apart what’s only just begun. Because sometimes the only thing standing in the way of now is then.
Brenda's Review
I'll just tell you.....I.  LOVED. THIS. BOOK!!!  For every girl who had a crush on the hottest guy in high school who  dated the hottest girl, or in this case your older sister.  YOUR TIME HAS COME!!!
Emmaline doesn't think she's deserving of Cole.  How could he, he dated her sister?
Well after many years of seeing Cole, she sees him.  He sees her.....in a totally different light now.  He is attracted to her.  She, of course, is still attracted to him.  BUT SO IS HER SISTER!  Layla thinks she can get Cole back.
There's a lot of struggle for Emma.....she doesn't want to hurt her sister's feelings, but she doesn't want to lose Cole....what to do?
This book is wonderful!  I am so excited for the second book in the series....comes out 10/1/13!!! Now and Again.

• Would I read future books by this author: Yes
• Was there a cliffhanger: no
• Do I love the characters: Yes
• Do I want more of their story: yes
• Is this part of a series:  yes

Brenda Rothert started her writing career as a print journalist. She now writes Romances, some Contemporary and others with a twist of dystopian society and adventure. Rothert lives in Central Illinois with her husband and three boys.
Posted by Unknown at 10:42 AM