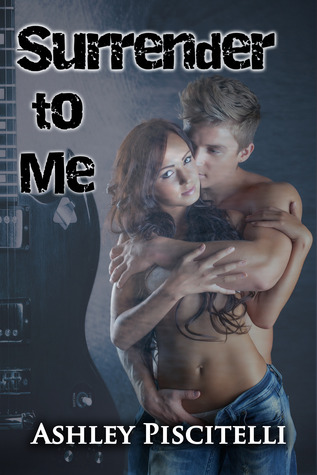 Rebecca Chase has never been interested in dating, and definitely not in relationships. She only had two goals in life, to get her college degree and to get the hell away from her house. When she meets Lucas everything that she thought she had wanted was now turned upside down.

Lucas Masterson has it all money, fame, and his dream job of being in the music industry. He knows that most people are just out for themselves and will use him as much as they can. When he meets Becca he realizes that he never really knew what he wanted. He thinks that she is the most amazing person he has ever met, but can he balance her and his crazy life?

Can two people who come from completely different worlds make it work or will the people trying to tear them apart succeed?

Get ready to get lost in this crazy romantic adventure and surrender yourself to Lucas and Becca.

When Luke reached one of the doors and opened it he looked behind him as if he expected me to be there. He looked down towards me, and seemed confused. “You coming Becca?” I wanted to tell him no because he was acting like an ass. “Please?”
I guess I could at least go talk to him and see what the hell he was so upset about. I walked toward him feeling his eyes on me the entire time, he made me so nervous. When I reached him he grabbed my hand and pulled me into the studio. Before the door could even close all of the way he was on me. He pushed me back against the wall his hands immediately finding my hips, which seemed to be his favorite spot.  His mouth crushed mine almost feeling like he was going to devour me whole. His kiss had this urgency and need to it that set my veins on fire. We had passion before when we kissed but it was nothing like this. This was animalistic, unapologetic, and completely overwhelming. I ran my hands up his chest gripping his t-shirt because I need something to hold onto, I felt like my knees would buckle and I would melt into him at any time. I moved my hands around his neck and laced them through his hair, giving him a little tug as I did it.
Luke let out this throaty moan that in the heat of the moment sounded like a growl. He lifted me off the ground by my hips and I instinctively wrapped my legs around his waist. I could feel how much he wanted me and I knew that if he initiated it now, public place or not, it would happen. Was this what I really wanted though? Did I want my first time to be in a recording studio while I braced up against a wall? The part of my mind that Jen told me I didn’t listen to enough was screaming ‘YES!’ There was the other part of me though that knew I would regret it, and possibly even resent him for it.

*Walks around the coffee shop and see’s Ashley.  Angie Waves and then skips over.*


Hey Ashley!!  I am super excited to finally meet ya.  So I know you are a busy mom, author and student so I will make this quick.  Ok?

Angie:  “Ok so I will start off with some easy questions before jumping into the touch ones *Giggles*  What Celebrity do you see as Lucas and Becca?  Also while we are at it, what about Carter and Maddy and Jason and Nic from your other series Playing with Fire…..

I love doing this! For Becca I think Lucy Hale would be great, she has that sweet factor but is definitely sexy.

For Lucas I am thinking Chris Evans, he has that boy next door factor but can definitely get your heart racing.

For the Guarded Hearts Series my Carter was Zac Efron

and my Maddy was Jennifer Lawrence.

My Jason was Kellan Lutz

and Nicole was Ashley Benson.

I have even used their pictures for teasers to help create a visual for the fans.

Angie: “So when you write are you a pantser or plotter?”

I usually have the main ideas planned out. Sometimes though a whole scene or event I never imagined will emerge from something one of the characters had said. I always have my ideas at the weirdest times too like in the shower or when I’m driving.

Angie: ”When you do feel you write the best?  Morning, afternoon, evening????”

I don’t think it is a certain time for me, but I know I can’t force it. some times I see writers saying that they don’t feel like writing but that’s what they need to do. If I try to force myself I know that I wont be giving it everything I can and that the story will most likely suffer because of it.

Angie: ”Ok you can meet and hang out with ANY author alive or dead….who is it and why?”

I’m thinking right now I would say E.L. James. Mainly because I would try to squeeze anything I could out of her about the 50 shades movie! I think Christian will always be one of my favorite book boyfriends!

Angie : “ What conventions are you planning on attending in the next year so your fans can come and meet you?’
So far I am signed up for Authors In The City will be in New York on March 15th, Rom Com which will be in Denever June 20-22, and the Indie Mashup in Springdale Arkansas which will be on July 26th. I am also looking into a couple more signing and I’m so excited to be able to meet readers!

Angie: “ Ashley thank you so much for this fun interview.  I cant wait to read Lucas and Becca’s book.  Maybe I could interview them after the release????”

Definitely! I love doing character interviews they are so much fun!

Wanna check out her other work?
Here ya go!!! 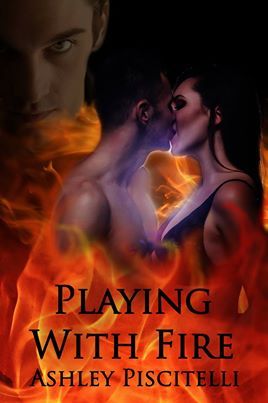 Madison Stevens has had a rough life, her mother died at the age four and her father has always blamed her for it. She went through the foster system and is now attending college. Her boyfriend Chris is not willing to share Madison with anyone, not even her friends.

Her first day at college she meets Carter James, who makes her want everything she never thought she could have. She knows that she should ignore her feelings for Carter, but it's not as easy as it sounds.

As Carter and Madison begin to fall in love, they face many obstacles. Their biggest one is Chris who is not going to let her go easily.

Playing with Fire will be the first book in a three book series. It is about the obstacles that stand in your way on the path to love. It tests the characters strength and commitment to each other on every level from old boyfriend/girlfriends, to insecurities, and throws a little violence and scheming into the mix.

"Chris was like fire. It was pretty to look at but if you got too close you got burnt, and if it wasn’t controlled it would destroy everything in its path. Doing what I was about to do with Carter was dangerous, but what can I say I never had parents to warn me not to play with fire."

**Playing With Fire is for mature audiences only—strong language, and explicit sexual content are apparent.* 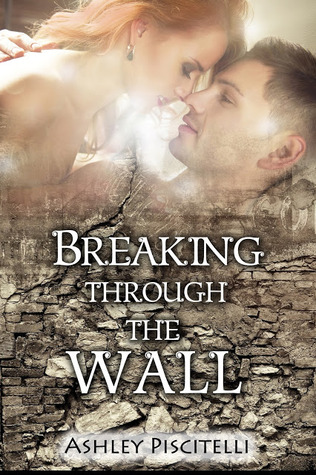 Blurb;
Jason Smith hated the whole idea of relationships and commitment. He got what he needed from girls but that’s where it ended. At least that was how it was supposed to be. After a traumatic event he gets involved with the one girl who could force him to change his ways. Will he be able to commit to her though? Or will he drive her away before he ever has the chance to have her?

Madison and Carter finally found happiness but their lives have just been turned upside down, by someone who refuses to go away. Can their relationship survive the tragedy and pain that he has caused? What if justice doesn’t always win, and the bad guys get away?

What do you do when your whole world is turned upside down? When everything comes crumbling down around you, will you have the will to fight and break down the wall?

**Breaking Through The Wall is for mature audiences only—strong language, and explicit sexual content are apparent.**

Twinsie Angie LUUUURVES Ashley's series Playing With Fire.  Leave a comment below and we will gift you through AMAZON and only AMAZON a copy of her first book.  Winner will be chosen randomly!!  GOOOOOD LUCK!

My name is Ashley Piscitelli. I live in Philadelphia, Pennsylvania with my husband, two kids, and two dogs. On top of starting a writing career, I am a full-time student and a full-time mom. I love spending time with my kids, although I have to hide away with the computer from them when I am writing! I love being active and being outdoors.


I have always been passionate about writing. I wrote this book in about three months. I love reading romance books! I feel like being able to lose yourself in a book is one of the more exciting aspects. The books I love to read and write will be ones that make you feel for the characters. You should have an opinion on every character in a book whether you love them, hate them, or think they are up to something.


I have always thought that the most important critic is your reader, so I would love to hear from you. If you read the book and loved it or hated it, tell me. As long as it is in a constructive way, I will always answer and interact with you. I want my fans to be open & talk to me what they want for the characters in the story, and what they would  like to see happen.


I hope you all enjoyed reading it as much as I enjoyed writing it!


You can also email me your thoughts or questions at: