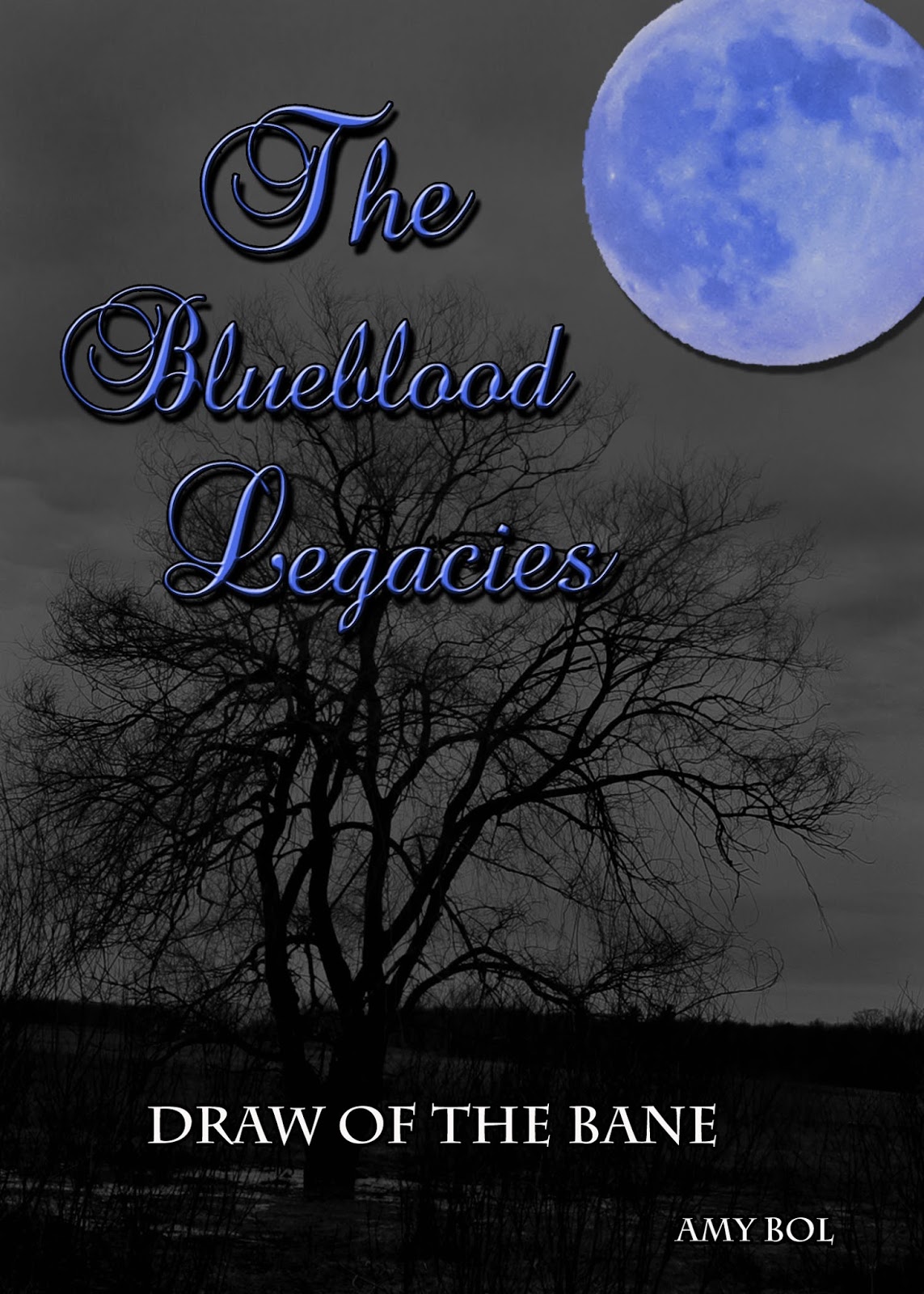 About The Author: Amy Bol grew up in Twin Lake, MI. She met her husband, Bryan Dykes, on vacation during her second year of college and moved to Virginia Beach to help him battle Hodgekins disease. Cancer free, the couple went on to have two daughters and eventually return to Twin Lake to raise their young family in her hometown. Bryan was diagnosed with stage 4 esophageal cancer in April 2008 and he died three short months later. Her first book, a memoir of non-fiction, short stories entitled "Complements of a Dying Man," started out as a test to learn how to upload her work onto Amazon. The book is currently rated five stars and was described as both humorous and heartfelt. However, her guilty pleasure is writing adult paranormal romance. Draw of the Bane, the first book in The Blueblood Legacy series is her first novel. She is currently at work on the sequel Rise of the Red Wolf. She lives with her fiancé, Nick, and her two stubborn, strong, and infinitely amazing young daughters. www.facebook.com/amybolwrites Email: amybolwrites@gmail.com Twitter: @amybolwrites

The Book: Mila was use to life on her own. She was done running, and fully expected to face her past alone and on her own terms. That is, until Landon wandered into her life and changed the terms. Now, together, they face a common enemy, one that neither can run from forever. For, even as her enemies exist a continent away, the draw of the Bane in her blood will bring them only a heartbeat from her. But it was the heartbeat beside her that pounded the loudest, and the one that could be her undoing… "So deep was the fine design woven into the very fabric of their blueprint, so precise and sharp were the instruments of Mother Nature, that the danger came not in the divine intention of their form, but in the commune of their unnatural numbers. Dens that size don't exist in nature for a reason. Yet, here one came…" "He was the kind of man that if you saw as a stranger in a room, you allowed yourself that one fleeting moment when you imagine you're flat on your back and pinned firmly beneath him." This is an adult book and is not recommended for young readers.