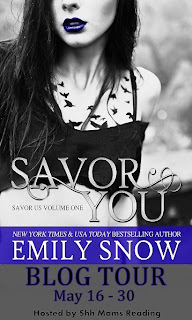 Book Blurb:
Kylie Wolfe and guitarist Wyatt McRae have been bad for each other for the last several years, but it’s impossible for them to end their toxic push and pull. Not when their attraction is constantly fueled by lust and proximity—she’s her older brother’s Lucas’s assistant and Wyatt is his best friend and band mate.

So when Your Toxic Sequel makes a move to record a new album in Nashville, Kylie decides to make the latest break with Wyatt official by getting the hell out of town. She’ll spend a week in New Orleans. A week to immerse herself in the Mardi Gras scene. One week to not think about the last time she was in New Orleans, seven years ago with Wyatt. Seven days where she won’t have to see Wyatt every day just to fall ridiculously in love with him all over again—where, if she wants to, she can have a normal, no-strings attached fling that won’t end in heartbreak.

Too bad Wyatt ruins everything by showing up, as gorgeous and demanding and goddamn awful for her as ever.

Wyatt refuses to let Kylie give up on him. Not without reminding her why they both fell so far and hard in the first place. Not without making her savor the good memories and what could be their last chance with each other.

Note: This is a spinoff from the Devoured series.

So I was a big lover of the Devoured series and had to read this book.  I loved Kylie and wondered about the history between Wyatt and her.  I mean they are like magnets being drawn together and then flipping and being totally repelled.  This drama is soooo crazy...which is why I loved it.  I love angst.

I was confused at why Kylie would return time and time again to Wyatt when he was such a DB to her. However, dont we know those DB, bad boy rockers are always making us return to them so they can stomp on our heart!!  LOL I totally wanted to kick his arse many a time BUUUUT then again she was no peach.  I mean she kinda cheated on her husband with Wyatt.  Cheating for me is a tough pill to swallow.  I mean you are unhappy with your other half then fix it or leave.  Kylie ran off and married a different DB, tattooed herself with his name buuuut falls in love with Wyatt?  I was a little bit confused.

Well I did enjoy the book and felt that I was unable to put it down.  I was like "UGH" and "OMG are you serious" alot in the reading.  The fact I couldn't put it down to me shows a great writing job done by Emily.  I can't wait for the 2nd book of the series.  I wast to see the continued story of Wyatt and Kylie for sure.  I am an addict to this new series AND the Devoured series.