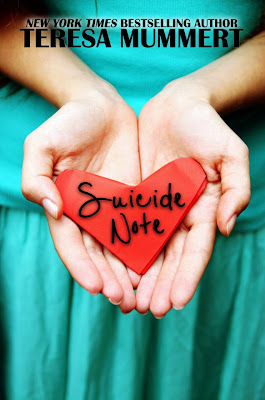 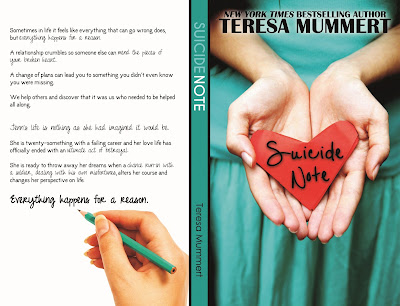 New York Times and USA Today Bestselling Novel.
Sometimes in life it feels like everything that can go wrong does, but everything happens for a reason. A relationship crumbles so someone else can mend the pieces of your broken heart. A change of plans can lead you to something you didn’t even know you were missing. You help others and discover that it was you who needed to be helped all along.
Jenn’s life is nothing as she had imagined it would be. She is twenty-something with a failing career and her love life has officially ended with an ultimate act of betrayal. She is ready to throw away her dreams when a chance run-in with a soldier, dealing with his own misfortunes, alters her course and changes her perspective on life. 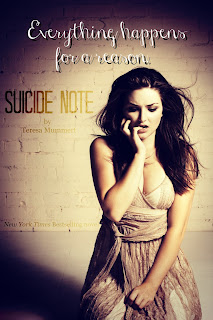 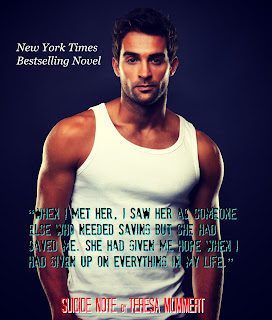 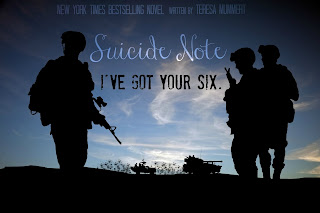 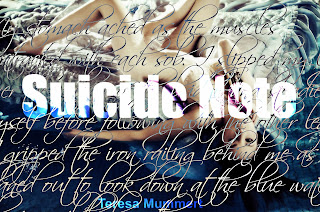 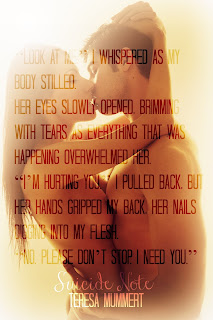 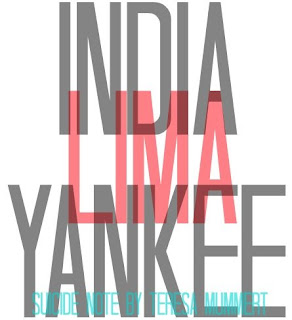 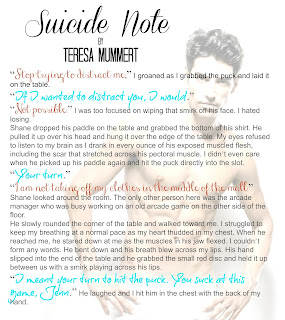 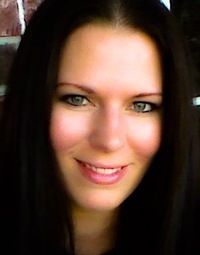 I was a Russian spy at the ripe age of thirteen, given my uncanny ability to tell if someone was lying ( I also read fortunes on the weekends). By sixteen I had become too much of a handful for the Lethal Intelligence Ensemble (L.I.E.). I was quickly exiled to the south of France where I worked with wayward elephants in the Circus of Roaming Animals and People (C.R.A.P.). I was able to make ends meet by selling my organs on the black market for pocket change and beer money. At the age of twenty three I decided to expand my horizons and become a blackjack dealer in Ireland. I loved the family atmosphere at Barney's Underground Liquor Lounge (B.U.L.L.). People couldn't resist the allure of Liquor up front and poker in the rear. Eventually I became tired of the rear and headed off to the United States to try my hand at tall tales. That is what brings us here today. If you have a moment I'd like to tell you a story.
(This bio is not to be taken seriously under any circumstance.)
Teresa Mummert is an army wife and mother whose passion in life is writing. She is the author of the New York Times and USA Today bestselling novels White Trash Beautiful and Suicide Note. Born in Pennsylvania, she lived a small town life before following her husband's military career to Louisiana and Georgia. Check out her website for samples and updates! TeresaMummert.com

“You’re late.” May gave me a stern look but I could see her struggling to keep her lips from pulling into a smile. She brushed her deep red hair over her shoulder in a dramatic gesture and put her hands on her hips.


May couldn’t contain her smile any longer. She pulled Jenn into an awkward hug. Jenn grunted and I could hardly suppress my laugh as I shook my head.


“Pleasure to meet you,” Jenn’s voice cracked as her nerves began to get the best of her. It was adorable how her cheeks tinged pink when she was nervous. I realized I was staring a second after May as she shot me a wink over Jenn’s shoulder. She released her embrace as Jake entered the living room.


“You’re late,” Jake called out as he took his place beside his wife.


“This isn’t work. He’s not going to fire you,” I whispered to her as she worried her lip with her teeth. My gaze dropped to her mouth as her lips parted slightly and she let out a small sigh. “If you want me to kick his ass just say the word.”


Jake rolled his eyes as Jenn let out a small laugh.


“Well, it is getting a little warm in here. I’m going to open the window.” May laughed as she made her way back into the kitchen and pushed up the window above the sink. Jake had a look of disapproval on his face as he folded his arms over his chest.


“Enjoying your vacation? I hope my cousin isn’t bothering you too much.” Jake’s eyes flicked to mine but quickly returned to Jenn’s. I clenched my jaw and kept myself from saying anything in response.


“He’s no bother. We’ve been having a lot of fun.” The pink returned to her cheeks.


“Well, are you just gonna stand by the door all day or are you gonna eat? The food is getting cold.” May called out as she sat dished on the table.


“Where are the boys?” I asked as I gestured for Jenn to follow me into the kitchen.


“They ate an hour ago.” Her eyes locked onto mine before she went back to her task of setting out silverware. “I’ve released them into the wild. They are off at the neighbor’s.”


I pulled out one of the oak chairs and waited for Jenn to sit before sliding into the one next to her. May and Jake took their seats across the table from us.


“Help yourselves.” May grabbed a biscuit from the plate in front of her.


“Thank you so much, May. This all looks amazing.” Jenn said, her voice finally sounding more like her own.


“It is no trouble at all. I had to devise a plan to meet the girl who is occupying all of Shane’s time.” I cleared my throat and glanced to Jake, pleading with him silently to stop May. He just smiled and shook his head. I should have known he would be no help. He disapproved of Jenn and me talking from the moment he found out.


“That’s a nice shirt, Shane. The color really brings out your eyes.” May shoved a bite of scrambled eggs into her mouth.


“Thank you. Jenn picked it out.” I glanced to Jenn who was smiling proudly. The flashback of being at the mall with her, being inside that photo booth with her lips pressed against mine came to the forefront of my thoughts.


“She has great taste,” May now had a permanent smirk on her face. It did not go over my head that she was now talking about more than the shirt. I wanted to kick her under the table. Like she was reading my mind, she slid her chair back a few inches and took a big gulp of her orange juice.


“She does taste great.” As the words left my mouth I knew there was no hope that no one had heard my mix-up.  May choked and sputtered on her drink and Jenn looked frozen, holding a piece of bacon midair. “That’s not-,” I struggled to correct myself as Jake grabbed his drink and raised it in the air with a victorious smirk.


“You have a lovely home, May.” Jenn bit off a bite from her bacon, avoiding eye contact with anyone else at the table.


“Why would it be a shock?” Jenn furrowed her brow.


“I’d just assumed anyone who works with Jake would think he lives under a bridge somewhere with the rest of the trolls.” She laughed as Jake glared at her. Jenn nearly choked on her bite as we all laughed and relaxed a bit.


“Come on.” Jake set his fork down on his plate and narrowed his eyes at his wife. “I’m not that bad am I, Jenn?”


“That’s not right. You can’t ask her that.” May shot back waving her hand in front of Jake. That was one thing I loved about May she had a way of making anyone feel relaxed. I hoped that she would form a friendship with Jenn. I wanted someone to be here for her when I had to leave. I swallowed back the lump that had formed in my throat.


“I’m fair.” Jake gestured to Jenn in hopes she would back him up.


“You are fair…ly mean.” She crinkled her nose, waiting for his response.
“I like you.” May’s eyes lit up at Jenn and I knew I wouldn’t have to worry about her being alone.
Posted by Unknown at 12:30 AM