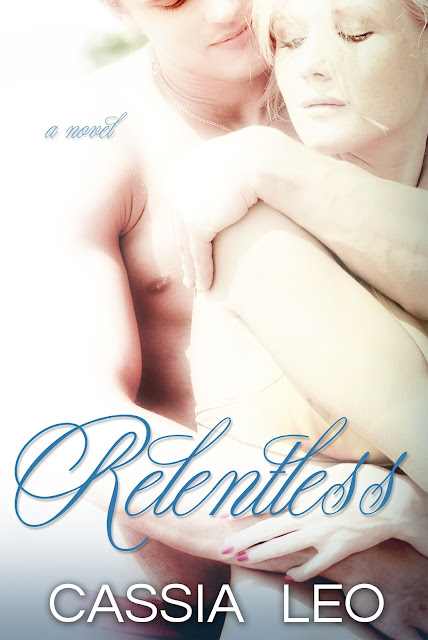 Claire Nixon is a twenty-year-old college dropout with a secret.

To Claire, Adam Parker is just another flirty customer at the cafe, until a chance encounter and seemingly innocent comment spurs a bet between them. The bet is simple: If Adam can get Claire to reveal the secret that made her drop out of college, she has to re-enroll. If he doesn’t succeed, she gets to keep her secret and he must never step foot in the cafe again.

Claire thinks she has this one in the bag. She’s perfected the art of forgetting her past. But she isn’t prepared for Adam’s relentless pursuit or for him to share his own secrets. And she’s definitely not prepared for her secret to come banging down her door one year later. 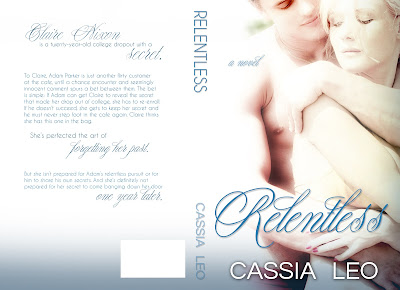 EXCERPT:
When I arrive at Cora’s house at five minutes past three, I only have to knock once before the lock turns and the door creaks open. Adam is standing before me wearing a soft smile and I know he’s probably been here all day.
“Come on in,” he says, holding the door wide open for me.
I walk inside and Cora is sitting in her recliner in front of the television with Bigfoot in her lap. The apartment is clean and the usual sharp litter box smell is gone. Cora looks up and smiles so big I can see the gap where she’s missing her two back molars.
“Hello, honey. Have you met Adam Parker? He’s your new neighbor,” she says in a voice that makes me feel a little like a preschooler being introduced to a classmate. “I think you two should get to know each other.”
She obviously doesn’t know about our date yet.
Adam takes a seat on the sofa, on the side closest to the recliner, and pats the cushion next to him. “Yeah, come sit down, Claire. Let’s get to know each other.”
I take a seat on the sofa, making sure to put at least a foot of space between Adam and I, then I turn to Cora. “What did you do today? Where’s Tina?”
“Adam’s been taking care of me today. He gave her the day off,” she says, and her eyes crinkle with delight.
I narrow my eyes at him and he grabs Cora’s hand as he turns back to her. “It was my pleasure. I didn’t have anything to do today since the only other person I know in this town was working.”
“You work too much, Claire,” Cora chimes in, as she continues to stroke Bigfoot with her free hand.
Geez. It’s like these two have spent the past six hours rehearsing a routine to get Adam and me together. First he switches my schedule without my knowledge and now he’s using Cora to get on my good side. He is a master conspirator.
I stand up and do a quick check around the kitchen just to satisfy my curiosity. As expected, he did everything I asked. He even stocked her cupboard with plenty of hot cereal packets and her refrigerator with lots of fresh fruit.
“Well, it looks like you’re all taken care of so I’m gonna head home,” I say, as I plant a kiss on Cora’s forehead and rub Bigfoot’s head. “I need to shower and get to bed early. I have the early shift tomorrow.”
“Walk her home, Adam,” she says sweetly and he immediately pops up off the sofa.
“See you later, Cora. We’ll have to watch that movie another time.”
“See you later, sonny,” she says, and I know what’s coming next. “But just because I call you sonny, doesn’t mean you’re bright.”
He laughs and points at her. “I can’t keep up with you, C.”
Adam follows me out of the apartment and uses his own key, which Cora must have given him, to lock her deadbolt.
I take a few steps and turn when I reach my door. “C? Did you spend the whole day with her?”
“I ran a few errands for her, but other than that, yes, I spent the day with Cora. She’s funny and we were about to watch a movie before you interrupted us.”
“Oh, well, don’t let me interrupt your date with Cora. Please go right back in.”
He steps forward and my back hits my front door as I take a step back. He leans against my door with his hands on either side of my head, effectively caging me in.
“Are you jealous of my relationship with Cora?”
His breath is hot against my nose and warmth rushes through me, lighting up my core.
“I just don’t want her to get so used to having you around. She’s had a lot of people bail on her and I….” His face is getting closer with every word I speak. “I don’t want her to get hurt.”
“Are you sure we’re talking about Cora?” he whispers against my lips, lingering for a moment before he pushes away from the door. “I work all week, but I’ll be by your house at nine a.m. on Saturday. Wear a bathing suit under your clothes.”
I let out a deep sigh and scramble into my apartment, slamming the door behind me. I take a few calming breaths then try to ignore the ache pulsating between my legs as I make my way to my bedroom to meditate
AUTHOR INFORMATION:

Cassia Leo grew up in Florida and moved to California after graduating with a degree in journalism. She worked at two small newspapers before discovering her passion for writing romance. Her favorite color is lavender and her dream is to one day score a record deal based on her awesome shower singing skills.
Author's website: http://cassialeo.com
Twitter: http://twitter.com/authorcassialeo
Facebook: http://www.facebook.com/authorcassialeo
*********I CAN'T WAIT TO READ THIS BOOK*********
xoxoxox - Angie E =)