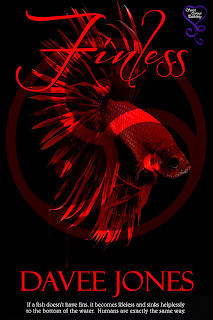 Sarah, Nathaniel, and Lily resist unconditional love as they feed primal desires. Not believing the possibility of having it all, they struggle to believe that they, the “least of these”, rightfully deserve a lifetime of love and happiness-- Especially with how graphically and unconventionally they choose to express themselves.

Each of the characters comes to realize how tortured their lives have become. Violent images, dreams, and actions occur as they spiral downward into their dark lives. As they each reach a personal impasse, they must decide how they will make their lives better. In the process, they must also mend broken intimate relationships with the ones they love.

If a fish does not have fins, it becomes lifeless and sinks helplessly to the bottom of the water.

Humans are exactly the same way.

Sarah and Nathaniel's relationship is hot, intense and undeniably spicey! It was interesting to see how the interaction between characters played out. I'd have to say that the last chapter and the epilogue of this book were my favorite parts. When reading this story, you think you know who's going to end up together but then the characters end up with different HEA's. I actually liked that idea and thought it turned out really well. :)


Nathaniel prepared his office for any encounters he might have. It actually gave him a rush to dominate a woman sexually in his workplace. He could return to these moments during a future boring day and bring back the exhilaration of the encounter. He kept a locked drawer of paraphernalia which would put most ordinary sexual junkies to shame. Nathaniel took a soft suede flogger out of his sex drawer and began swiping it along Sarah’s back and buttocks. He meant the motions to tickle, yet Sarah knew better than to move no matter how much her muscles wanted to twitch in tactile frustration.

Nathaniel put the soft flogger aside and began stroking Sarah lightly with a wire brush. As he made his way down her shoulders to the curves of her taut ass, he became harder with the stroke. Red streaks began to form all along her shoulder blades and spine. Sarah could not help the involuntary shiver of her entire body. Nathaniel obliged her with a soft kiss to her cheek as he took in the smell of her freshly washed hair.

Nathaniel put the wire brush down and he grabbed a black leather-riding crop. He used the leather tongue of the crop to brush Sarah’s long hair away from the center of her back and slid the tongue along her shoulder blades. As he made his way down to the center of her back, he pulled the crop and smacked her soundly across the small of her back. Sarah barely winced and his touch intoxicated her to the point of dizziness.

Nathaniel methodically smacked his way down her buttocks, to her quivering thighs and back up to her tanned shoulder blades. Red welts immediately formed on the skin of the back of her body. Delicious bruises would surely follow by the next day.

Finally, when he could contain his passion no longer, he pulled her hands from behind her back and gruffly spun her around to face him. He grabbed her with each of his hands by the hair hanging at the sides of her face and forced her face to his for a deep kiss. He twirled her long hair around his fingers as he kept her in close and continued kissing her and drawing her lips in to bite their lusciousness.

Tipsy by what was happening, Sarah could not stop the freight train of passion flooding her every movement. “Fuck me” she coarsely whispered into Nathaniel’s face. She wanted to come, but her fervency told her to wait, although she would not wait patiently. He turned her around, pushed her down onto the floor and ripped away the $200 La Perla panties only seconds before thrusting his rock-hard cock into her pulsing pussy. “Don’t wear panties again. Oh…my...” All he could utter over and over for the next few seconds as he thrust his cock into the wonderland of her tight pussy. Normally he could control his climax, but this time he could not. He filled her full with his deep discharge as he uttered a sigh of heavy relief.

Reveling in the afterglow of his orgasm for few minutes, he snapped back to reality and knew where he was, and coldly moved away from Sarah. Lying on the floor beside him, Sarah’s chest heaved, gasping in deep breaths from the exchange they just had. Sarah rolled toward him, looked him squarely in the eye, and stated, “I won’t let you be denied.” Sarah thought of musical lyrics from her favorite band, Muse. It seemed so fitting for this moment.

He had her, physically and emotionally. He owned all of it in just this short time. She had given in to every physical impulse she had. Love had fucking nothing to do with it! She just gave into primal lust and felt animalistic in his presence. It would not take long before even Nathaniel may not satisfy all her desires.

Fuck, she repeated in her mind over and over in total disbelief at their combined power.
About the author: 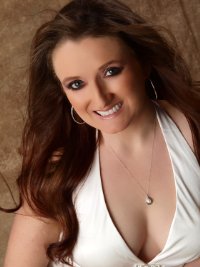 Davee Jones began a career in the counseling field with her M.Ed. She then diversified and began work for the federal government. The dryness of the day to day assignments fostered the desire for her to do something more creative. Because writing was always a passion, she used every opportunity to journal and create fictional worlds with her words. She began writing short fiction and books, inspired by the events around her.
Now avidly writing, in the little spare time she has, she has several other books in progress. She has books that draw from eroticism, romance, suspense, drama, and sometimes comedy. A few of her books garner only one flame, but, others will secure all five flames in the heat index.
She lives with her husband and children, who inspire her every day to live life to the fullest, with no regrets. She thanks her mother and grandmother for such strong, independent, loving examples of the kind of woman she wants to be. Her favorite Bible verse is Philippians 4:13 I can do all things through Christ who strengthens me.